Get on the path to a straighter smile today!*

Celebrities Who Have Worn Invisalign 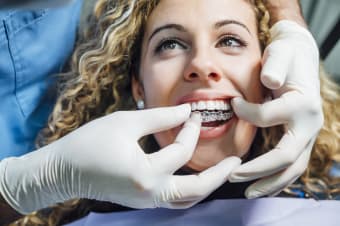 You may have a few options if you've decided to straighten your smile. Invisalign may be among them if your dentist has determined you are a candidate. What you may not know is that many celebrities have also used these custom clear aligners to straighten their teeth.

Which celebrities have worn Invisalign?

A number of celebrities have chosen Invisalign, including:

At one time, Zac had a condition known as diastema — a gap between his molars and incisors. He used Invisalign to correct the issue and today, you may not even notice that he had the condition.

Tennis star Serena Williams chose to undergo Invisalign treatment at 16 years old. The result: a straighter, more aesthetically pleasing smile, at least in part due to her Invisalign treatment. Now she has a grin to match her many Grand Slam titles.

While Oprah hasn't publically spoken about her Invisalign treatment very often, she has been seen wearing the clear aligners on her show. Perhaps in part due to her orthodontic treatment, her smile has been admired by many.

Leading up to her wedding, Katherine decided to correct the alignment of her teeth. Invisalign worked so well for her that she's mentioned using the clear aligners, and is even quoted for deeming them "Netflix for your teeth".

Even models can have misalignment issues with their teeth. After one of her teeth began to shift out of position, Bundchen decided to correct the issue with Invisalign.

The Duchess of Cambridge is known as a fashionista (she is also wife to Prince William). In the months leading up to what royal watchers often referred to as "The Wedding of the Century", all eyes were on her and so she chose to resolve some of her orthodontic issues with Invisalign on her orthodontist's advice.

Ask Your Dentist About Invisalign

Looking to learn more about Invisalign clear aligners? Contact your Summerland dentist at Jubilee Dental Centre to schedule a consultation.